One Seat in Coach, 36 Suitcases, and Enough Kevlar to Fight a War. The Ukrainian Americans supplying an army on their own. 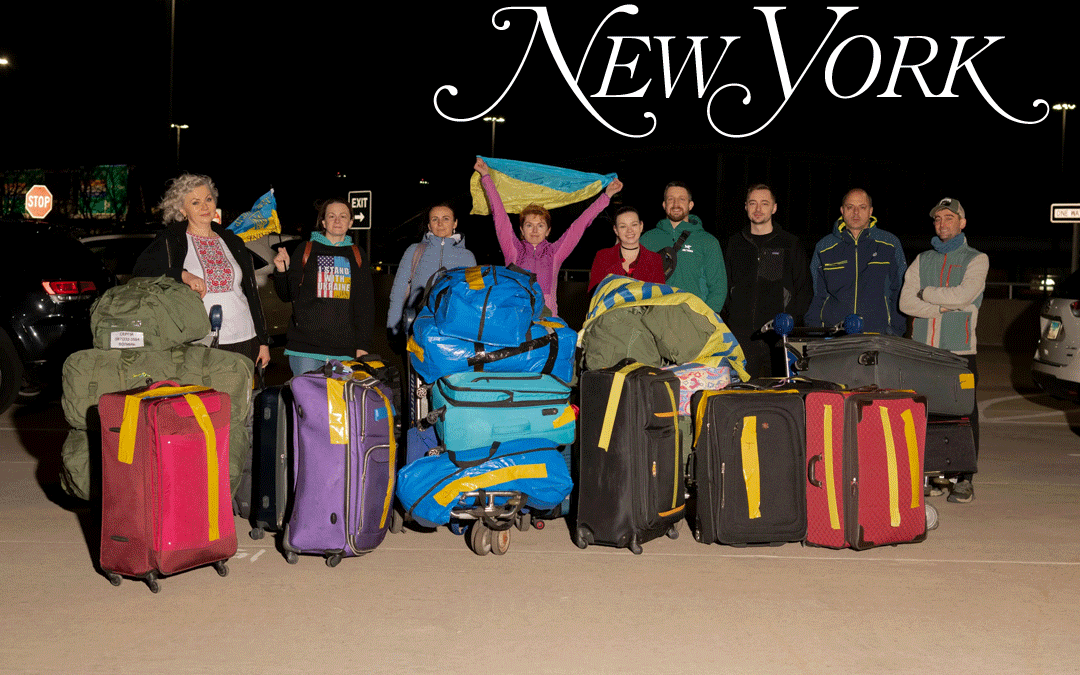 In a black T-shirt that says “warrior” in Ukrainian, Ivan Sikorskyi swerves around potholes on the Queens cemetery belt in his Dodge Caravan with a silver chrome skull on the top of the gear shift. Behind him are two blue duffels and a suitcase filled with body armor, drone batteries, and tourniquets; stacked on top are three combat helmets from a stranger in Pittsburgh. Sikorsyki isn’t sure how the man got his number. “People just call me and ask if I can deliver to Poland,” he says.

These calls have been coming nonstop to the 33-year-old plumber since Russia invaded the country he grew up in. Two or three times a week, he takes off from his apartment in Ridgewood with a “Stand With Ukraine” sign in the window and makes this run to JFK airport, part of a network of volunteers shipping combat supplies to the front lines 5,000 miles away.